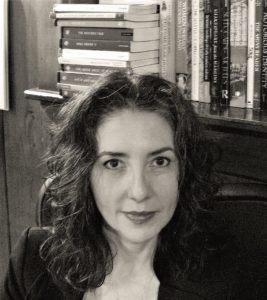 My second book, Women and Shakespeare’s Cuckoldry Plays:  Shifting Narratives of Marital Betrayal (Routledge, 2017), focuses on the dramatic and rhetorical work of women’s defenses against men’s accusations of adultery.  Women reject men’s stories by occupying a position of simultaneous action and honor, so that the plays stage a structure of accusation and defense that unravels the authority of husbands to make and unmake wives.  Women’s active and voluble counter narratives of virtue and obedience, fidelity and love, work loose the fabric of masculine privileges in marriage, so that the rhetoric of defense turns into a site of agency while simultaneously remaining bound to the rhetoric of the accusation.  Men’s and women’s competing narratives of marital betrayal uncover the ethical and political stakes for women in men’s stories of feminine duplicity.  The necessity of a response, the need to defend themselves, opens opportunities for women to alter the dramatic direction, energy, and matter of the plays.  A preview of the introduction is available from Taylor and Francis.  Chapter one, “Early Modern Women’s Narratives of Marital Betrayal,” is available in Routledge’s Shakespeare Studies Chapter Sampler.

Currently, Emily Sherwood (BA and PhD CUNY, Director of the Digital Scholarship Lab at University of Rochester’s River Campus Libraries) and I are at work transcribing a collection of letters, a legal complaint, and final award of indenture that document the marital troubles of Elizabeth and Anthony Bourne, both children of courtiers during the reign of Queen Mary and Queen Elizabeth I (located at the British Library and National Archives). The project is under contract with Routledge.  Along with a critical introduction, The Selected Letters of Elizabeth and Anthony Bourne will appear in “The Early Modern Englishwoman, 1500-1750: Contemporary Editions,” a series edited by Betty S. Travitsky and Anne Lake Prescott.

Finally, I am at the beginning stages of thinking about a project tentatively titled Troubling Feminist Ethics in Early Modern English Drama that is influenced by The Government of Self and Others by Michel Foucault who studies a form of rhetoric called parrēsia, a term that the OED defines as “free-spokenness, . . . Chiefly [in] Rhetoric. Frankness or boldness of speech.”  He argues that “[p]arrēsia founds democracy and democracy is the site of parrēsia” (Government of Self 300), so that freedom of speech is linked to questions of sovereignty that I read in light of women’s discursive practices in early modern drama.  I posit a feminist ethics of citizenship on the part of female characters in plays such as The Merchant of Venice, Measure for Measure, The Roaring Girl, The Tragedy of Mariam, King Henry VIII, and The White Devil.  Focused on women’s points of view and acts that are troubling and ethically questionable (such as the bed trick or trapping Shylock, for example), I trace how these female characters also work from a rhetorical and substantive space of integrity that challenges the ethical standards deployed by a dominant social structure in place not only in a text, but also in the early modern period.

Society for the Study of Women in the Renaissance, NYC

This site is part of Humanities Commons. Explore other sites on this network or register to build your own.
Terms of ServicePrivacy PolicyGuidelines for Participation
Skip to toolbar